The Assembly gathered over two days on the 27th and 28th of February at the Aborigines Advancement League in Thornbury, Melbourne.

While meeting only for the second time since elections were held last year, the Assembly took full advantage of the time together by holding a workshop of ideas on the Thursday and the full meeting on the Friday.

Leading the event was a Welcome to Country from Wurundjeri Woi-wurrung Elder, Aunty Di Kerr on the Thursday morning ahead of a day-long workshop. During her Welcome she paid respect to your Assembly members, commenting on the hard road ahead and the responsibilities they carried.

An invaluable component of the first day’s activities was a live video link-up with the British Columbia (BC) Treaty Commission. Established in 1992, the Commission has three key roles – facilitating treaty negotiations, allocating negotiation support funding, and education of the public about treaty negotiations.

During the one-hour open discussion, members of the Assembly sought advice on a broad range of matters, including:

As was discussed during the five community consultations leading up to the Assembly meeting, the Assembly has established five key committees, each of which is responsible for a specific set of tasks in going forward with the Treaty process.

Kicking off the reports from the various committees was committee Chair Jamie Lowe, reporting on progress being made by the Treaty Negotiation Framework Committee, which had its first meeting on 3 February 2020. In Jamie’s report, he stated that the primary focus of that first meeting was to ensure members shared a strong understanding of the treaty process, treaty negotiation framework and the Committee’s roles and responsibilities.

The next meeting is likely to be mid-to-late March, with a focus on the first key question for this committee about whether there should be a single Treaty or multiple Treaties. Over the coming months Assembly members will be talking with their communities about this question before discussing it at their June meeting.

Presenting on the work undertaken to date by the Treaty Authority Committee, Chair Ngarra Murray reported that given the tight deadlines for the committee’s work, it had already met twice to discuss its key responsibilities:

Ngarra went on to emphasise the Committee’s recommendation that the Assembly as a whole consider, vote and decide on the interim dispute resolution process and a preliminary position on the Treaty Authority at the next full Chamber meeting to be held in June.

In the report on the work of the Self Determination Fund Committee Chair Troy McDonald explained that the Fund may have two primary functions:

With those functions in mind, Troy detailed that the Committee’s work plan will be based on three key questions:

(A more detailed update for community on this committee’s work will be released as soon as possible after its first meeting on 2 April.)

In her report as Chair of the Elders’ Voice Committee, Tracy Evans explained that her committee would examine the work on the design of an Elders’ Voice that was led by the Victorian Treaty Advancement Commission, including the report on consultations undertaken by PricewaterhouseCoopers Indigenous Consulting (PIC).

Chair of the Cultural Governance Committee, Trent Nelson, reported that his committee will examine how the Assembly could better continue to embed cultural practices into the work of the Assembly.

The first meeting of the committee is scheduled for 12 March 2020. Some of the first questions the committee will consider include:

(A detailed update for community on this committee’s work will be released as soon as possible after its first meeting on 12 March.)

Immediately prior to the commencement of the second day’s formal agenda, the Assembly voted unanimously to permit the live-streaming of the day up until discussion of items that would provide the State Government with sensitive information.

The Assembly thanks all those community members who tuned in to the live feed and contributed their thoughts and comments to the day’s proceedings.

The full recording is currently on the Assembly’s Facebook page and available for viewing – and commenting on – at any time.

During the course of the two days, the critical need for clear and effective communication between Assembly members and the community was emphasised.

Measures are already underway to support Assembly members in their work within the communities they represent.

That was evident in the lead up to the Assembly meeting with community consultations held in each of the five regions. In all, but the South East region, community members, who couldn’t attend, were able to participate in the consultations through the live-stream broadcasts.

The Assembly is also using a variety of channels, including social media and more traditional methods to communicate with community. Those solutions continue to evolve according to the needs of the members and the community with the focus being on supporting the Assembly members to engage with community on their work.

More work is being done in this area and contributions from members at the February Assembly meeting have helped give more direction to the Assembly’s communications strategy.

That strategy will also help inform the broader community of the Assembly’s work as the Treaty process continues with the intent to maximise community engagement and participation in the Assembly’s program of work throughout the Treaty process, while also being mindful of privacy obligations and not providing too much information to the government ahead of future negotiations.

$500 Clothing the Gaps voucher | Update or enrol to win 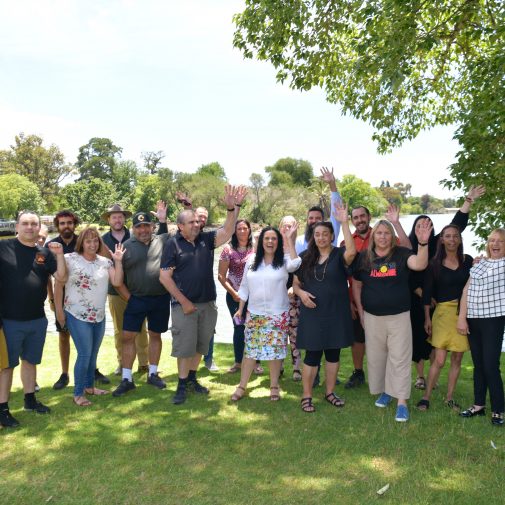 Notice of Election | Do you want to represent the North-East region in the Treaty process?