Our report outlines the views and ideas the Assembly has heard from Community which have informed Assembly Members’ decision-making and development of the Treaty Negotiation Framework, Treaty Authority and Self-Determination Fund.

The Assembly Members are the voice of the Aboriginal Victorian community in this stage of the Treaty process, tasked to reach agreement with the Victorian Government on the creation of a Treaty Negotiation Framework, Treaty Authority and Self-Determination Fund – to enable Treaty-making in Victoria.

Assembly Members are always yarning with Community to make sure they are representing Community views in the decisions they make.

The Assembly also holds yarning circles and other events open to all, and engagement sessions with those on our electoral roll, those of our mob in custody, Traditional Owners and First Peoples communities, organisations and individuals – ranging from our Elders to youth and everyone in between.

The Assembly has also heard from Community in response to our discussion papers, and in 2022, opened a Treaty Survey as an additional avenue to have a say on all things Treaty. 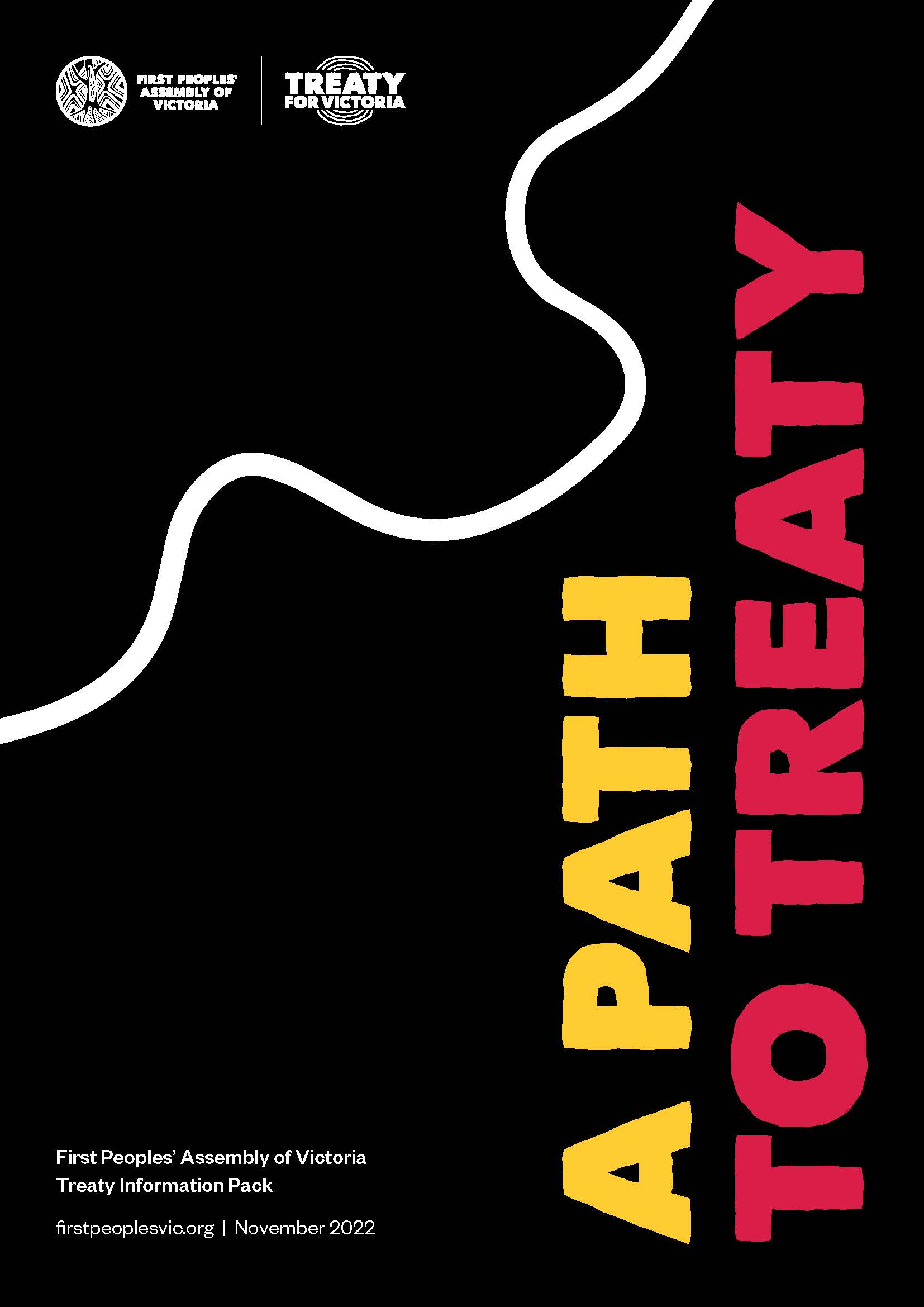 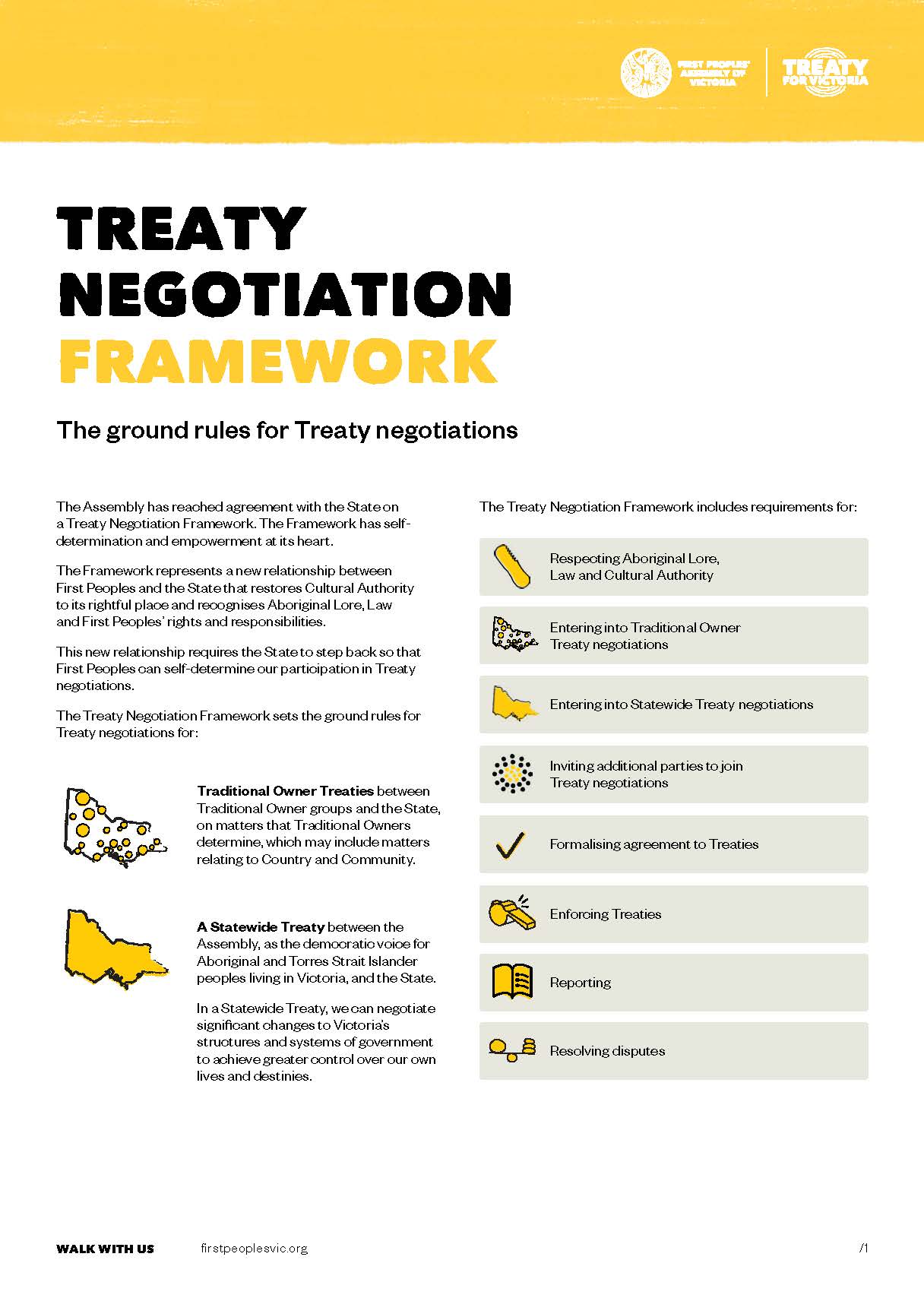 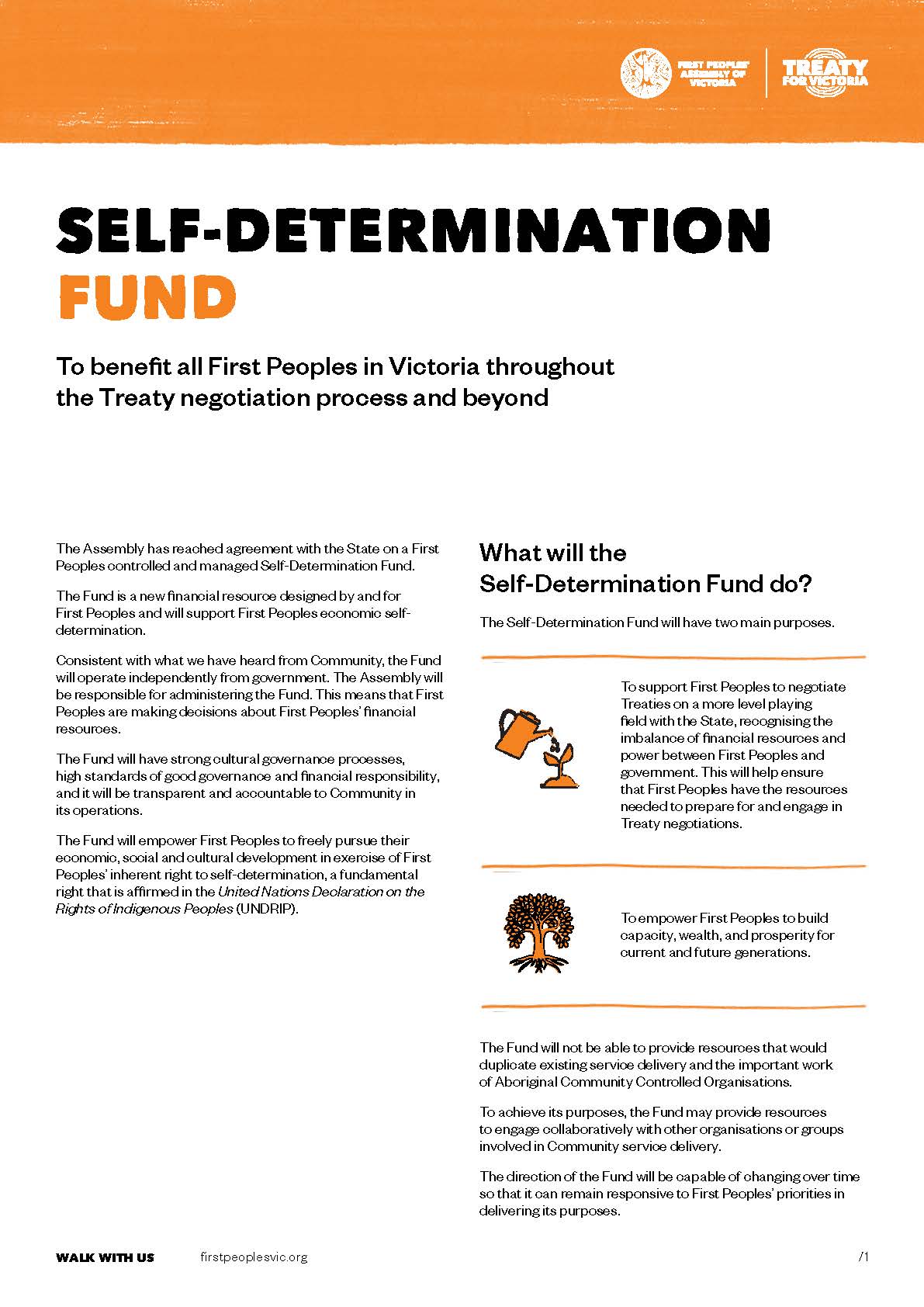