Treaty must bridge the economic divide caused by dispossession and the Assembly has negotiated the establishment of a First Peoples controlled and managed Self-Determination Fund.

The Self-Determination Fund will do two key things. It will enable Traditional Owners to enter Treaty negotiations with the Government on a more level playing field. It will also empower our communities to build wealth and greater capacity for future generations.

The agreement was signed on 20th October 2022 and the Victorian Government committed to an initial investment of $65 million that will partially fund the work to help Traditional Owners get ‘Treaty-ready’. Further funding will be negotiated.

Learn more about the Fund 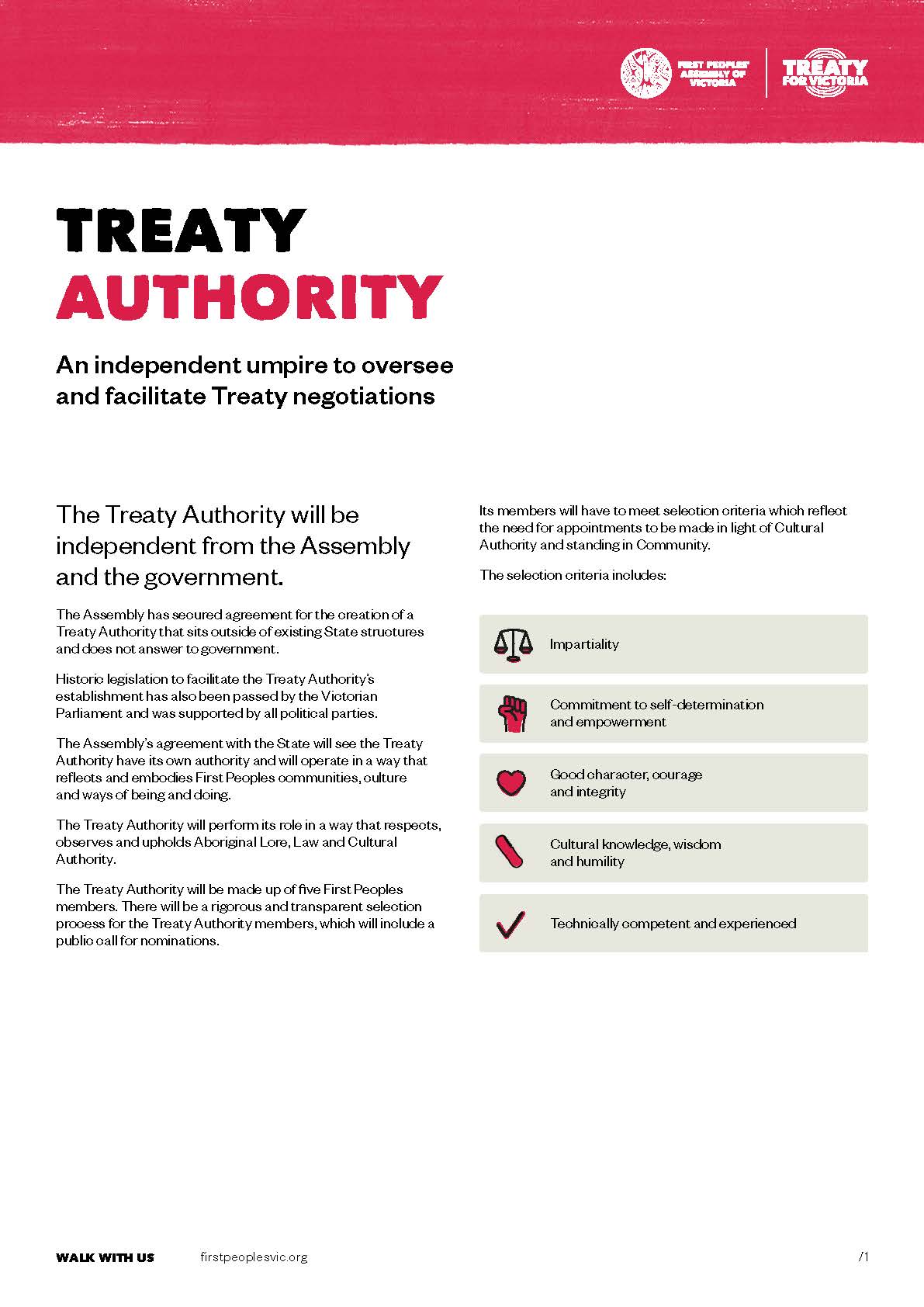